As I walked trough my botanical garden last time in cold January I found Acer tataricum-I simply liked its name,the picture of its branches against the blue, blue sky and the tiny new little branches emerging into new spring to come………….enough for me to list you some more facts:

Acer tataricum (Tatar Maple or Tatarian Maple) is a species of maple native to central and southeastern Europe and southwestern Asia, from Austria east to southwestern Russia and theCaucasus, and south to Turkey. The species is named after the Tatar peoples of southern Russia; the tree’s name is similarly commonly also spelled “Tartar” in English.[1][2]

Morphology:
This is a broadleaf deciduous tree that can grow to 20’ in height and 25’ in width. It often forms a multi-stem structure. At maturity the tree shape is described as rounded to wide spreading. Leaves are set in an opposite arrangement and are simple. They are typically un-lobed, though young trees do have 2-5 lobes. The leaf margin is double serrated. During hot summer the leaves are green, while in the fall they turn shades of yellow to reddish brown. The fall color of Tatarian Maple is considered better than Amur Maple.

Flowering starts in April. The flower clusters are known as panicles, and are greenish white in color. Flowers give rise to double-wing samaras which have a pleasing red color. During the winter the samaras dry down and hang from the branches.

Adaptation:
This tree does best in sun to partial shade. It is widely adapted to most sites, as long as the soil is well drained.

Old Tatarian maples can be seen in Helsinki and St. Petersburg, but there are not many further west. The Tatarian maple is a low-growing small tree with a rounded crown and often a twisted trunk, with lovely autumn colours. Nowadays it is not planted at all, and in nurseries it has been replaced by a close relative, the bushy Amur maple. It has lobed leaves, unlike the unlobed leaves of the Tatarian maple. Characteristic old Tatarian maples grow in many of the old parks around the central part of the city, such as Katajanokanpuisto, Alli Trygg Park and on Tähtitorninvuori.

I have had this little tree in my yard for over 20 years, I bought it thinking it was an amur maple.It was in bad shape when I bought it,(even nursery guy didn’t know what to make of it)so I got it fairly cheap at the time, and now I really know what it really is.Only problem I have with it is it occasionally , every few years, some of the main branches die and I have to cut them out, but the tree responds back by growing new branches and trunks from the ground up.A very intersting little plant, with beautiful autumn colors!

I am week when it comes to discounted plants, too-I know how thrilling is it to watch the recovery of the plant.Perhaps I should plant acer tataricum!

Your pictures are no longer loading. I just discovered this treee’s beautiful red tamaras this morning. You are welcome to use the picture I took. If you are not into the biochemistry of the anthocyanins that are responsible for their red color, just skip the text and go to the picture in the postscript. 🙂 https://uvachemistry.com/2011/10/01/autumn-leaf-chemistry-more-than-just-eye-candy/

Thank you, will fix it 🙂 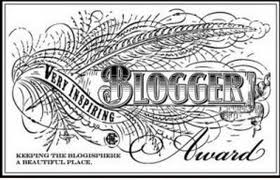