In Greek mythology Hyacinth was a divine hero.His cult dates from the Mycenaean era .When Hyacinth was killed by Zephyrus, Olymp made flower from the spilled blood of Hyacinth.As this myth talks about death and rebirth of nature hyacinth flower is the one deserving this name indeed.Each year, after winter ,the bulb produces one of the first spring flowers,in wonderful colors, smelling as coming from eternity,giving us hope that after cold winter spring is bringing new chance to everyone………Mozart at only eleven years,  in 1767, wrote opera based on Hyacinth story-Apollo and Hyacinthus. From the same time originates also book about rare flowers with botanical illustration of Hyacinth (see link below)…….after 255 springs Mozart music still brings spring, as does hyacinth flower-but I wonder how is with rebirth of Hyacinthus viridis from mentioned botanical illustration , is it extinct yet or hopefully not? 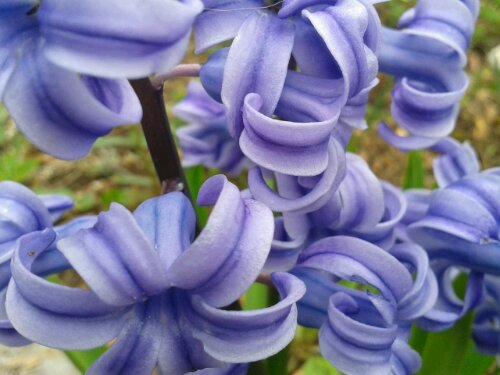 4 replies on “Hyacinth and rebirth of spring”

Um, I can almost smell them from here!

Nice to hear that-my mother used to love them, too.
Al the best,
Tamara